MeetPoppy is a online platform to search for a childcare provider in Madison, WI. At present the team has just a website, but no app. In CS 1300 -User Interface Design and Analysis , we worked as a team of four(Aarthi Anbalagan, Jason Nadboy, Danielle Peterson, Vachan Shetty), to come up with a app prototype.

The problem, which we tried to solve, was to automate many things while searching for childcare, which are right now, done with human assistance. Also, we tried a new mechanism wherein a parent can actually get to know more about the childcare provider, before actually hiring. Because, we know that our kids are precious, and their safety is of utmost concern.

Our interface seeks to fulfill this aim by providing an intuitive and efficient way for people to search for babysitters in their area, learn more about the babysitters, and then book them either immediately or in the future. 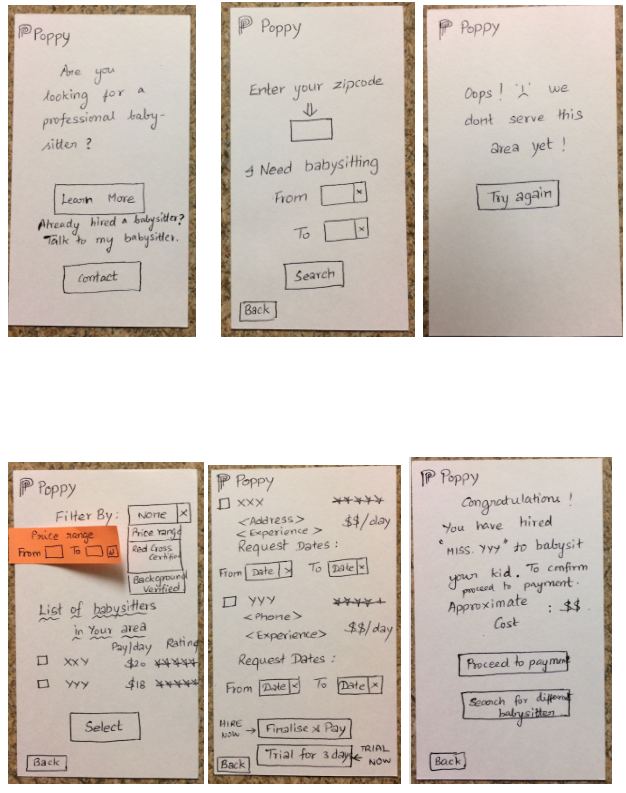 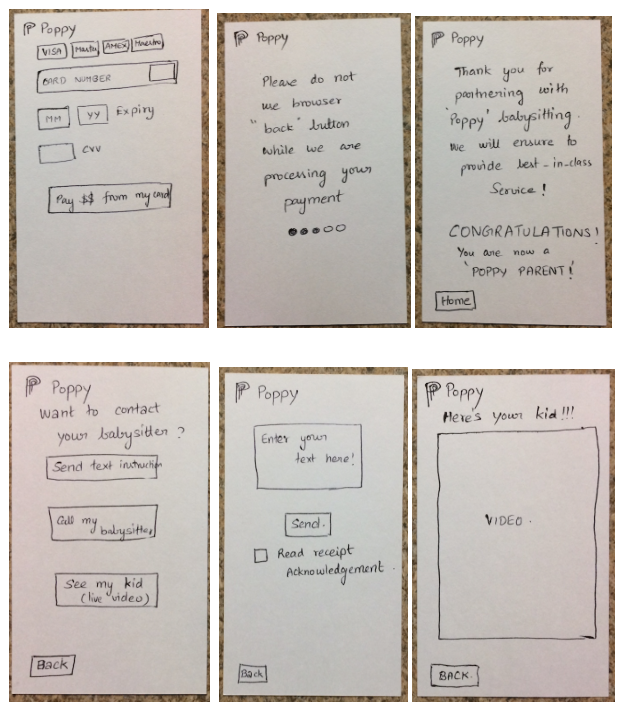 We standardized font choices across the entire app. Almost all our buttons have black text on a white background for standardization and appearance purposes. The exceptions included the “Hire” button, which we made have a brown background in order to distinguish it from the Contact” button, as well as the “send” button in the chat, which is more familiar on the iPhone. Finally, to get best feedback, we mailed this to actual poppy team. And here is the feedback, which we received. 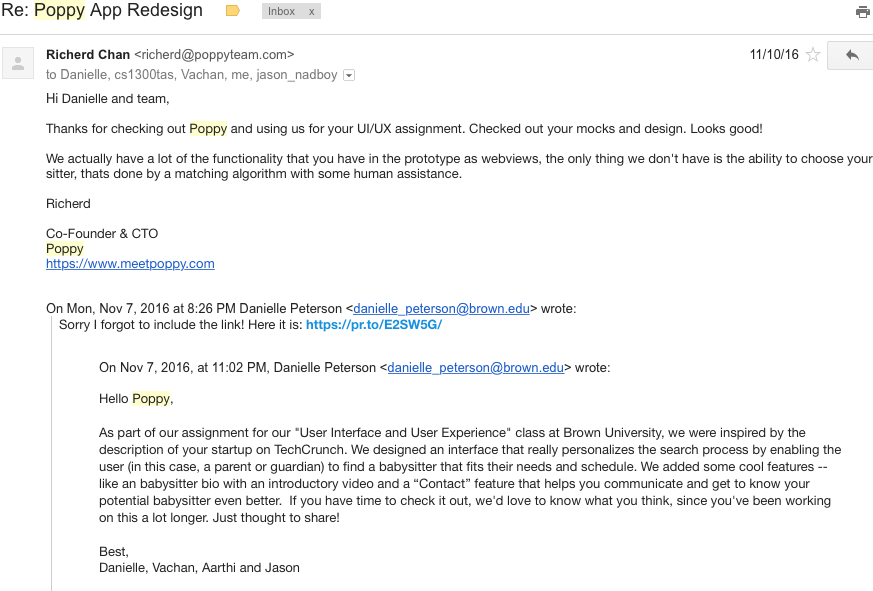